Thank you all so much!

Thank you all so much!

So things definitely didn't go the way we want them to with the series this time around. Nothing we could do though as we all got busy with our real lives. But I would like to thank everybody that did participate this season. I personally only got a chance to run the first two races but I had a blast running them and it was awesome seeing everybody on the track together again, I missed it.

No matter what, I don't think any of us will ever forget the league or each other, it's been a good 5 years and the good thing is most of us still hangout in Teamspeak. It's just time to move on and call it the end for FORL. I as well as others have had more than our fair share of fun racing over the last 5 years and it was a blast. We had our highs and lows but we always stuck together and that's what made FORL so special, we just never gave up. We're all just at a point in our lives which makes it impossible to run a league now and there's nothing we can do.

See you all around and thank you so much for some awesome memories that none of us will ever forget.

I'll still be hosting iRacing big events so I hope to see you guys on there as well. 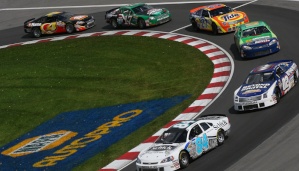